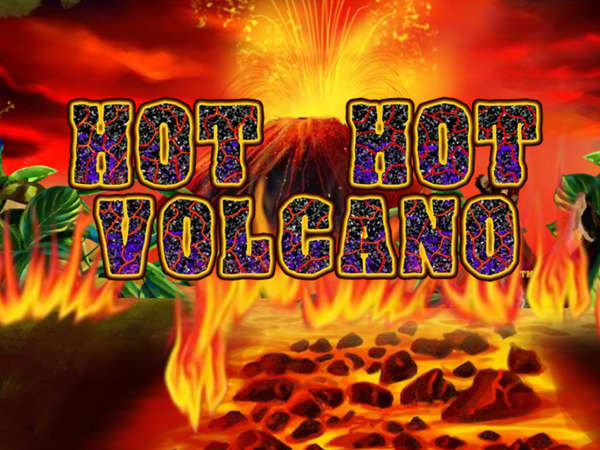 Hot Hot Volcano is a slot by software developer NextGen Gaming on which tension and suspense rise steadily since you know the volcano might burst any moment. It is easy to stay focused on the volcano as the slot is easy to play. Also, we should add that the animations and sound effects definitely add to the overall experience of the game. You can also unlock free spins which, of course, have a lot to do with the volcano and its eruption.

How to play Hot Hot Volcano?

Hot Hot Volcano is easy to play and that adds to the experience. It has five reels and three rows on which a total of 25 pay lines are fitted, giving it a standard layout. Additionally, the slot also makes quite some use of standard symbols as fillers, which range from the nine to the Ace. 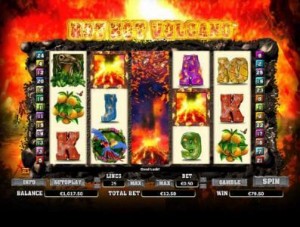 When three wilds/scatters land on your reels whilst playing Hot Hot Volcano, the volcano erupts. When this happens, the entire middle reel will turn wild seeing as the lava lands on the third reel. And with this entirely wild reel, wins form easily. However, you will only receive a total of five free spins, and that isn’t that many. Also, whilst spinning for free, you cannot even unlock additional free spins since the scatter only leads to extra coins during free spins. Furthermore, there also won’t be a multiplier present during free spins.

This means that you will win often due to the entirely wild middle reel, but it also means that wins won’t be larger than wins during the base game. Add to this the fact that you cannot win additional free spins and you will conclude that free spins on Hot Hot Volcano, unfortunately, aren’t very lucrative.

Hot Hot Volcano makes use of a total of 25 pay lines. If you want to play with fewer active pay lines, you can configure the number of active pay lines at the bottom of the slot and alongside the reels. When you press “5” alongside the reels, only the first five pay lines will be engaged. The slot is equipped with a gamble feature which hasn’t been altered to fit the theme of this game. Also, the slot has an autoplay function for if you don’t feel like constantly pressing the spin button. However, do note that you won’t be able to make use of the gamble feature when autoplay is activated. If you want to make use of the gamble feature again, you will first have to turn off autoplay. 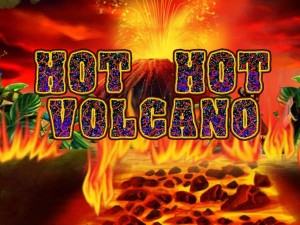 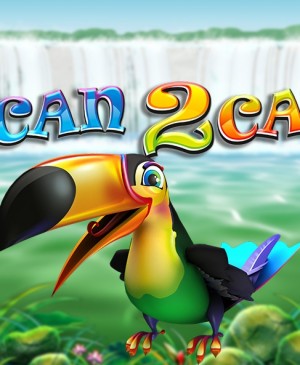