How awesome would it be if you could combine your favorite activity at a casino, playing slots, of course, with some competition? A slots tournament of some sort would be the answer to this desire.

In Fall 2015 Videoslots.com came with a breakthrough in online gambling. Namely, the casino has introduced the concept of slots tournaments: Battle of Slots. Unbelievable, but true.

Their website, Videoslots.com, explains everything there is to know about this unique possibility. You are now able to challenge your friends and other players on Videoslots.com to compete in this revolutionary, new playing mode. Additionally, you are also able to chat with friends, while playing the slots.

Join the Battle of Slots generation!

These tournaments often have, like many gambling tournaments, buy-ins. The height of these buy-ins can vary sharply, ranging from a couple of cents to a couple of euros, and even to a couple of tenners. Luckily, however, Videoslots.com also offers so-called Freerolls. This means that there is no buy-in for the tournament. Within the Freeroll tournaments, there are various possible pay-outs, and the casino even has a daily main event. For these main events, there is no buy-in and the total prize money amounts to an impressive 500 spins.

Up until now, we have only discussed tournaments with many participants, and which have a pre-set starting time. Additional to this, they also have so-called sit and go’s, which start when the required number of people have joined.

In the next few paragraphs, we will explain how to register for slots tournament and what you have to do to win.

Firstly, you open the battle lobby. You do this by clicking on the red tab in the center of your screen. Here you can find both big tournaments and sit and go’s. Registering for tournaments is relatively easy; you click on the tournament of your liking, after which you click on “register” which will appear with a pop-up. That’s all you need to do. Also included in the pop-up is extra information about the tournament, such as info about the buy-in, spin limits, time limits, etc.

What do I have to do during slots tournament? 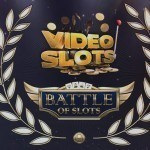 While playing a battle there’s a scoreboard to keep track of your ranking, and a clock to keep track of the remaining playing time. Located right below the scoreboard you have a chat function with which you can chat with other players. Splendid, right?

The one thing you should really do while playing a tournament is playing like you always play; just play the slots and hope for big winnings.

When does the tournament end for me?

The tournament ends for you when you have played your maximum number of spins –which are predetermined before the tournaments starts-, or when the clock runs out of time. After the tournament ends, the ranking number will have won, and the prize money will be transferred to the winner’s account. Please bear in mind that it sometimes might take up to ten minutes before this transaction is completed.

It is not hard to imagine that slot tournaments are not only exciting but also a combination of competition and beneficial to a feeling of social cohesion; everyone is playing at the same time trying to make as many winnings as possible.

We want to encourage you to participate in one of these tournaments, especially the ones with Freerolls. Namely, Freerolls tournaments do not incur any costs, but you can still win cool prizes. In a sense, there are no reasons not to try a freeroll tournament.

The real pros amongst us should also really try the tournaments with buy-ins, as with these tournaments real money is to be made. Whichever kind of player you are, we can all agree that the concept of slot tournaments is wonderful and that all should try one.

Join the Battle of Slots now!