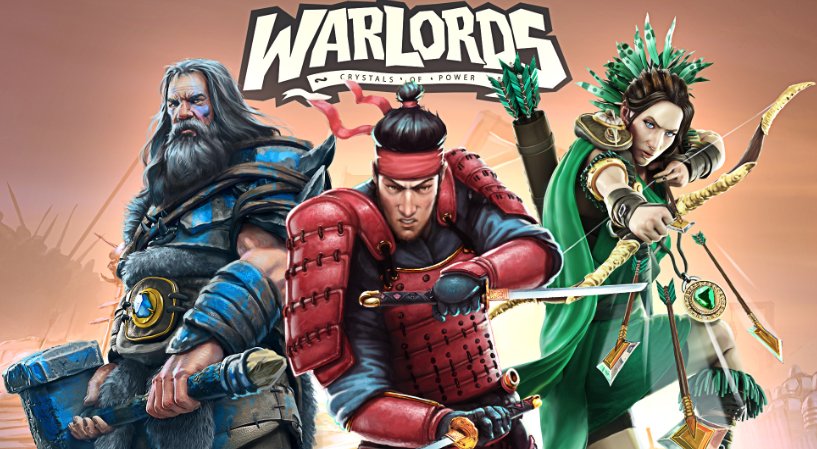 Warlords: Crystals of Power is a slot by software developer Net Entertainment, and already during the introduction video, the realistic feel this slot has, becomes apparent. We also definitely advise you to watch this intro through to the end as it clearly introduces the idea behind the slot. The slot looks very pretty and uses both small and large symbols, some of which cover entire reels. Also, it doesn’t make use of any standard symbols, it has a wild symbol, and three different scatters, each of which leads to another bonus or free spins mode.

How to play Warlords: Crystals of Power? 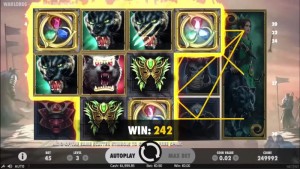 Warlords: Crystals of Power is easy to play and how to alter your bet is self-explanatory. Besides this, you can configure the autoplay just the way you want and with one simple step, you can start playing with the maximum bet. If you would like to turn off the sound, make sure to use the button in the bottom left corner of the screen. Right above the sound button, you will find the information button, via which you can easily open the paytable and all other information you might want about this game.

Warlords: Crystals of Power has three different teams. There is the blue team, with the barbarian and the swine, the green team with the priest and the panther, and the red team with the samurai and the wolf. Each of these teams has its own scatter symbol – and free spins. If only two of the same scatters land on your reels, you will get a re-spin to grant you another chance of getting three scatters in total.

If you have two scatters on your reels, and they don’t belong to the same team, the two scatters will start to fight each other. This fight determines which bonus game gets unlocked. Besides these scatters, you will also encounter a wild symbol, which functions as any other wild symbol and, thus, can substitute for any other symbol except for the scatter. 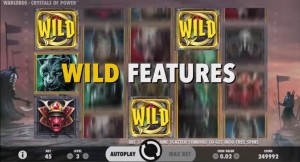 If you reach green free spins -the green team has the priests-, you will get to spin for free 7 times. Each time a scatter symbol lands on your reels, the multiplier will increase, with a maximum of 3x. If you unlock the red, samurai free spins, you will receive only 5 of them. However, all scatter symbols, including the ones with which you unlocked the free spins, will act as sticky wilds. And these sticky wilds lead to big wins! During the base game, scatters can only land on reels 2, 3, and 4, but during free spins, they can land on any reel.

No jackpot on Warlords: Crystals of Power

Warlords: Crystals of Power isn’t equipped with a jackpot, and those who have played this slot before, will understand why this game doesn’t need one. It is a great experience playing this slot as it is full of action and excitement. Also, it has great background music and sound effects. There’s no reason for this slot to also have a bonus game or a jackpot as it already has three different kinds of free spins, during which you might even win no less than 1 million coins! All in all, a slot that is just exactly right; great job by Net Entertainment.