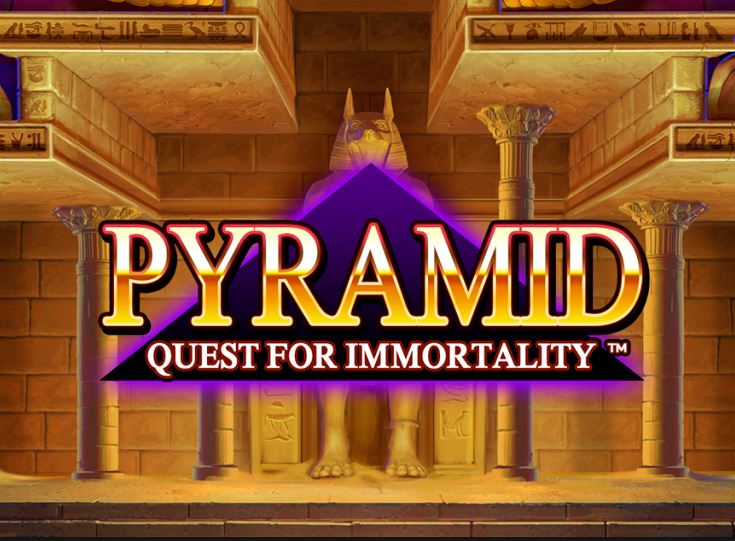 Pyramid: Quest for Immortality is a slot by the Swedish software developer Net Entertainment. However, seeing as the title of this slot is quite long, it usually gets abbreviated to just Pyramid. This game managed to become one of the most played slots out there, which impressed quite a lot of people. What’s more, the slot has no pay lines, no jackpot, no bonus game, and even no free spins! So, how come this slot has become so very popular, indeed? It probably, in part, has to do with the maximum potential win of the staggering 3,6 million coins! However, it mainly must have been because of the one feature that makes this an extraordinary game!

How to play Pyramid?

When opening this slot, the fact that the slot is built-up like a pyramid probably won’t come as a surprise. Some other things you might find remarkable. For example, the slot doesn’t have that many buttons and everything looks very polished. You will encounter quite some standard symbols, but that’s actually a positive on this slot. Namely, the game doesn’t have pay lines, but it uses ways to win. With ways to win, the only thing you need is at least three matching symbols on the first three or more reels. Therefore, having standard symbols makes it even easier to see whether a win is forming or not.

What’s more, Pyramid: Quest for Immortality nichy finished yetPyramid makes use of an avalanche feature. This means that all symbols part of a winning combination will leave the playing grid and the playing grid will get topped off from the top of the slot. If a new win forms again, the avalanche feature gets triggered and the same things happens again. But that’s not the only thing that will happen. That is, after three wins in a row, the multiplier will be 2x. Another three wins in a row and the multiplier moves up to three! However, if there is even one spin unsuccessful, the multiplier drops back to 1x. And this multiplier is very important for the game. Namely, you can only win the 3,6 million coins if you win 30 times in a row, that is, when the multiplier reaches 10x.

Another very important aspect of this slot is the wild symbol. That is, after a successful spin, a random number of wild symbols will fall onto your reels. The more wild symbols, the more and bigger wins will form! 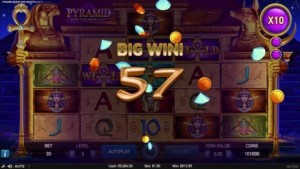 As said before, after having three wins consecutively. the multiplier increases. When a spin is unsuccessful, the multiplier drops back completely again. The extra random wild symbols will form a lot of wins. They can land on your second, third, fourth reel. Especially with the involvement of these wild symbols can the multiplier really increase!

Jackpot on Pyramid: Quest for Immortality

Pyramid: Quest for Immortality doesn’t formally have a jackpot, but with the maximum potential win of 3.6 million coins, one could also definitely say it has at least a great replacement. However, you do need to win at least 30 times in a row, and you need the very best symbol to show up at least five times (or you need also some wilds). On the other hand, your chances of winning a jackpot are also not too large either!