Ultimate Super reels is a successful slot by iSoftBet many people like to play at online casinos. The reason for this popularity must be the layout of this slot. When playing, you will have the feeling that you are physically standing at a real slot. Also, you will see the progressive jackpot increase, and you will have to stay focused in order to know exactly all what is happening on this slot in order to win big.

How to play Ultimate Super Reels?

Ultimate Super Reels is a slot that seems to have come straight out of the casino. There are seven BAR symbols, and with that, it is an easy slot you can immediately play. You cannot determine how many of the pay lines on this slot are active, and it would have been weird otherwise. You will play with three, four or five turning wheels, and you can alter the bet in the bottom left corner of the screen. In the bottom right corner, you determine how many coins you want to play per pay line. The coins per pay line configuration is important with respect to the features on the fourth and fifth wheel. Make sure to turn on the sound when playing this game. Namely, the music used on this slot is nice and retro, all adding to the overall experience!

The features on Ultimate Super Reels

Ultimate Super Reels has two features, which are located on and consist of the fourth and fifth reel. In order to activate these reels, you have to increase the number of coins per pay lines. With ten coins, the fourth reel will become active, and with 15 coins, also the fifth reel will become active. However, this does not necessarily mean that your wager has to be high. Namely, when the coin value, for example, only is one cent, your total wager will still be less than one euro. These fourth and fifth reels are important. Firstly, because without these two reels, you cannot win the jackpot. Secondly, real big wins can only be formed when all the reels are engaged. The next part explains why.

This slot has pay lines, and when a winning combination forms on a pay line with symbols on the fourth and fifth reel, these wins are included. The fourth reel yields instant wins and the fifth reel works with multipliers and a re-spin option. In total, you can get five re-spins when a pay line hits the re-spin symbol. You could suddenly win 1.000 coins, all thanks to the fourth reel. And your payouts will significantly increase as a result of the multipliers on reel five. All of this is great, of course, but you could also still choose to play with just three reels.

The jackpot on Ultimate Super Reels

Ultimate Super Reels has a progressive jackpot, which will be on the screen for the entirety of the game. In order to win this jackpot, you need a certain combination landing on your reels, all the while playing with the maximum wager on all five reels. The combination you need is as follows: Ultimate Super Reels has to land on the first three wheels, +1000 on the fourth, and x10 on the fifth reel. When you see this combination pop up, you will see your account balance to shoot up sky-high. And when this happens, you are probably want to party, especially when the progressive jackpot had already reached a large sum. 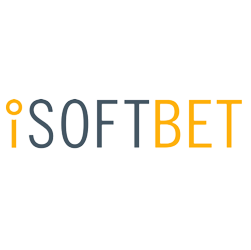 iSoftBet is a developer based in London, and also has branches throughout the rest of Europe, like in Belgium,…