Even though playing slots does not require any strategy, and winning is purely based on luck, using somewhat of a strategy might come in handy. That is why many players make use of the so-called hit and run strategy.

The principle of this strategy is that right after making a big winning you stop playing that slot. The idea behind this is that the chances of winning again after a big win are minuscule. 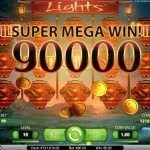 This idea is theoretically very sound: how big are your chances of winning in the first place, let alone twice?! That’s why many players take the easiest and safest way out after making a big win.

Slots are designed to win in the long run. Thus, playing longer means a statistically larger chance of you losing money. After a big win, it feels like you have just beaten the system and need to stop to make it last.

It remains to be seen how much truth there is in thinking that a slot won’t give two big wins shortly after each other. This is because of the randomness of the machines. That is to say, what happens in turn 1 has no influence what so ever on turn 2. Thus, there still is a chance that you also win that second big hit. Therefore, the hit and run strategy is partly based on an illusion.

Execution of hit and run strategy

The best way to execute hit and run is to have a certain amount of money in mind and to stop when you hit it. For example, you start with €50 and you promise yourself to stop once you have €150. However, many players have trouble with greed: they can’t stop playing once they have hit their target number.

Try Hit and Run at Slotsmillion, with over 1,800 slots!