As the name suggests, Battle of Slots is a tournament platform in which you battle other online players, aiming to earn as many point as possible. Videoslots.com has intended this concept as a way to signal fairness to players who do not want to spend too much money on a tournament. Namely, everyone plays by the same rules, has equal wagers, and everyone has either identical spin limits or time windows in which playing is permitted. This ensures that it’s not a question of money but of skill.

Join the Battle of Slots at Videoslots.com!

After buying in, you can start playing the slot. Most of the battles have a limit on spins or on time. Once you reach the set limits, your score will be posted on a list, called the “leaderboard”. The prize money of battles can either be pre-determined or progressive. When the prize money is progressive, it means that it will be determined by the total amount of money bet during the battle.

If you have reached the spin limit and you think you can still improve your score, then make use of the Re-buy option. With this option you have another shot at the prize money. However, during a Freezeout, a period in which the battle is put to a temporary halt, the Re-buy option will not be available.

Bear in mind, going for a game with a top 5 sharing the prize money, the pay-out will be lower compared to a game with only one winner. 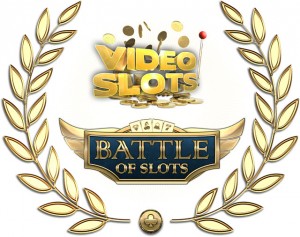 Why play Battle of Slots?

Do you have a group of friends who all like to gamble, and would you like to find out has the most skills? Challenge them to a battle and find out! Whilst playing the battle, players are able to communicate with one another, increasing the excitement. Namely, one player could for example have just won a free spin as a bonus, while another is playing a bonus game feature; which bonus will yield the most points?! Videoslots.com provides a muliplayer for very social or competitive players.

Play with Battle of Slots at Videoslots.com!