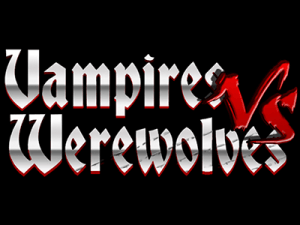 Vampires Vs Werewolves is an amazing slot by the developer Amaya. Not because of the theme, which is a well-known and much-used theme. Neither because of the design of the slot, as this is kept standard with 20 pay lines, five wheels, and three rows. Where this slot excels, is the quality of the animations and sounds, and the bonus game and features in the slot. During playing, Vampires Vs Werewolves remains exciting, and that is a great quality for a casino game.

How to play Vampires Vs Werewolves? 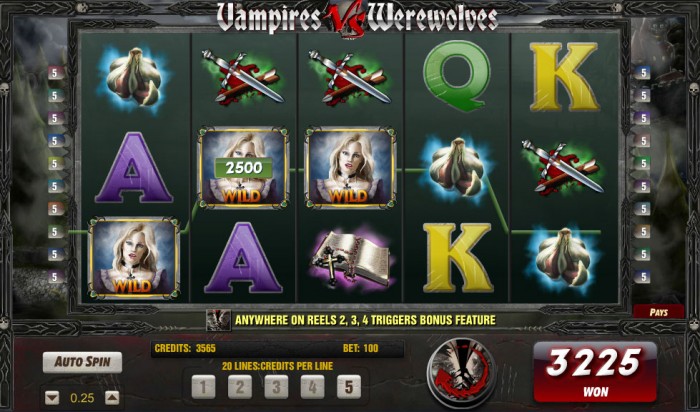 Disregarding the features, Vampires Vs Werewolves is a simple slot. There are five wheels and three rows, and the standard slot symbols are used to fill the wheels. Jack up until aces is used to fill the slot, but this isn’t disturbing. The remaining animations consist of animations with vampires, werewolves, and weapons, and with the sound in the background, this is a complete slot with a nice experience. The scatter is the animation with the werewolf and the vampire, but these can also appear separated on the first and fifth wheel. The bitten blonde is the wild. She can replace all the animations, except the scatter.

The feature in Vampires Vs Werewolves

Vampires Vs Werewolves is equipped with a very exceptional feature which can result in good winnings, but also in extra excitement during the game. When you get the vampire on the first wheel, all the animations with a cross in the top right corner of the screen light up. Why? Because they all earn you extra money when you get a werewolf on the fifth wheel. This can result in nice sums of money, especially when you have several animations with the symbol on your screen, as these are the animations that will pay. This can happen every spin, and the music will alert you when this is the case. Namely, the music will directly intensify when the vampire is on the first wheel.

The bonus in Vampires Vs Werewolves 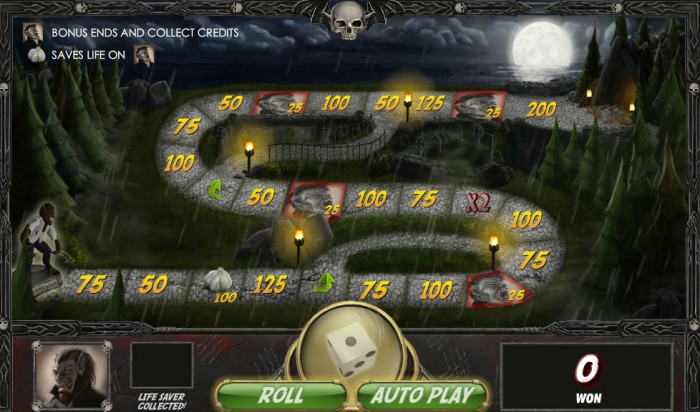 Vampires Vs Werewolves also includes a bonus, and in this, your winnings can run even higher. When you get the scatter on the wheels three times, you have to choose between the werewolf and the vampire. The choice doesn’t matter for the winnings, and the board stays the same. If you choose the vampire, the bonus will end when you hit a werewolf, but there are silver bullets to be found on the board with which you can earn an extra life. If you choose the werewolf, the bonus ends when you hit a vampire. However, here you will find garlic with which you can earn an extra life. There are shortcuts to be found on the board, these can also earn you extra money. Last, if you throw low scores with the die often, you’ll win the maximum.

The pay lines in Vampires Vs Werewolves

Vampires Vs Werewolves uses 20 pay lines. These cannot be altered, you will always play this slot with 20 pay lines. However, you can change the wager and the number of coins per spin in the bottom of the slot, to play with different wagers. During play, you can make use of the auto spin. This stops after the feature, and before the bonus. In this case, you must choose a vampire or werewolf to continue. The bonus is also equipped with an auto spin, to increase the ease of playing for you.